What We Do: Mentoring

In 2009 Remedi developed a process we termed ‘Restorative’ Mentoring. The service was originally born from a discussion we had with the Probation service in Doncaster and which resulted in a pilot project in which we provided a full time ‘Restorative’ mentor to support adult offenders who were classified as ‘Prolific and Priority’ offenders. 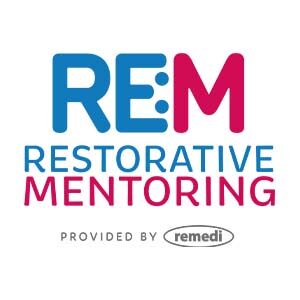 So what is Restorative Mentoring?

The mentoring provided is ‘restorative’ in that, as a restorative services provider, we recognise that a central tenet of the restorative approach is to address conflict and the resultant harm caused by that conflict. When we approached this mentoring venture, a new development for us at the time, we quickly recognised the need to enhance more typical mentoring approaches with a restorative ethos. We identified that ‘harm’ caused by the offender present significant barriers in his/her life to their successful resettlement and/or motivation or ability to stop offending. ‘Harm’ caused to personal/familiar relationships, ‘harm’ caused in the local community (victim/s of previous offending living in the same community), ‘Harm’ caused to reputation/perception of the individual in the local community, ‘Harm’ caused in regard to relationships with professionals/support agencies etc. By combining the holistic aspects of mentoring- befriending, encouragement, guidance, practical and emotional support etc with restorative practitioner skills- mediation, family conferencing, restorative conferencing etc, we have developed a truly needs led service which not only provides the support to enable engagement but also embodies the professional skills to support the offender in addressing their underlying needs and, by doing so, removes the barriers to their successful engagement with a host of specialist support providers. 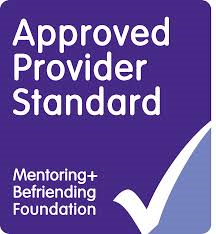 In 2014 we were successful in achieving the Approved Provider Standard accreditation for mentoring and befriending issued by the Mentoring and Befriending Foundation.